AscentialTest has been designed to improve the productivity of software testing.

It's as user-friendly as a recorder - without its disadvantages - and as powerful as a script-based test tool - without requiring technical skills.

No need to develop a test framework either, just let the testers test!

In the end, AscentialTest drastically reduces the learning curve, the test creation time and the maintenance efforts.
Thanks to its visual environment, you create the tests by drag&drop, with four steps:

With just a click, capture a "snapshot" of each screen: AscentialTest automatically identifies the objects and attributes composing it, and list them to its repository. 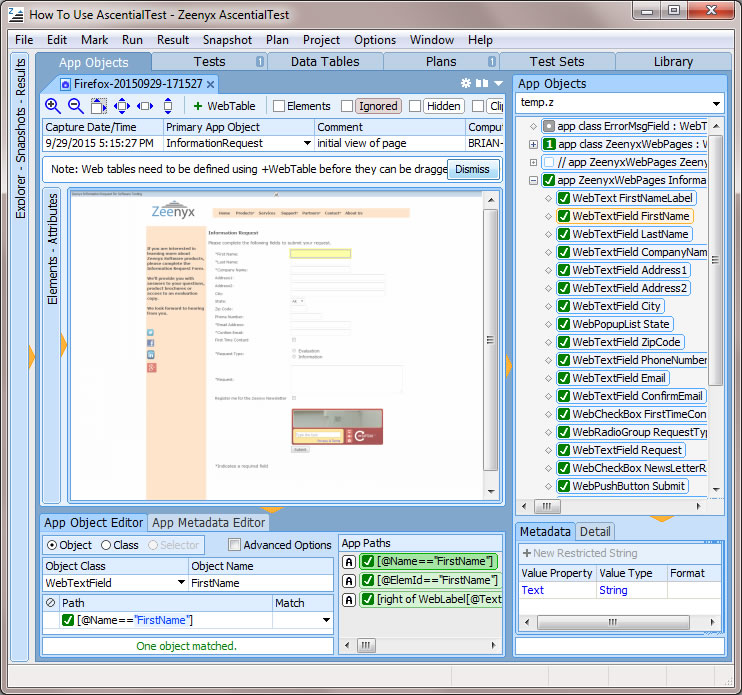 Steps are coherent series of actions, reusable for multiple tests. 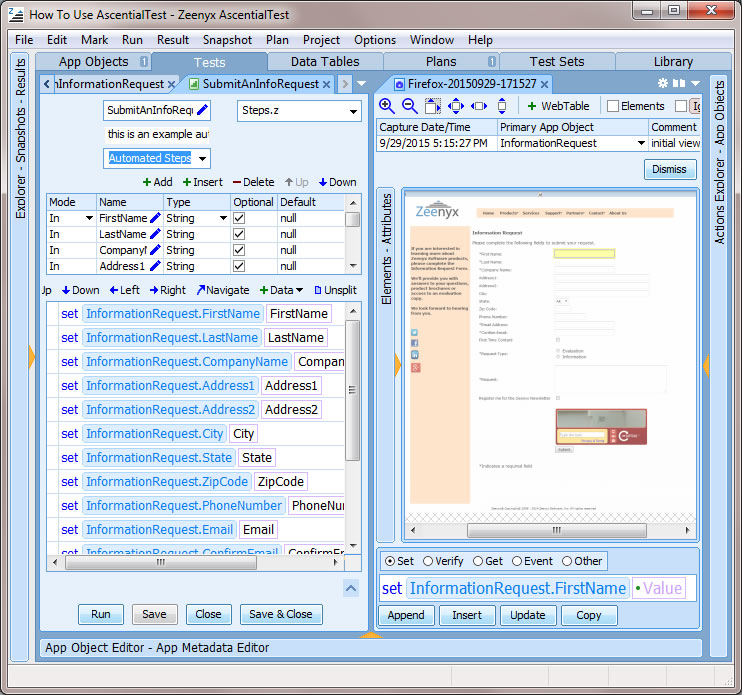 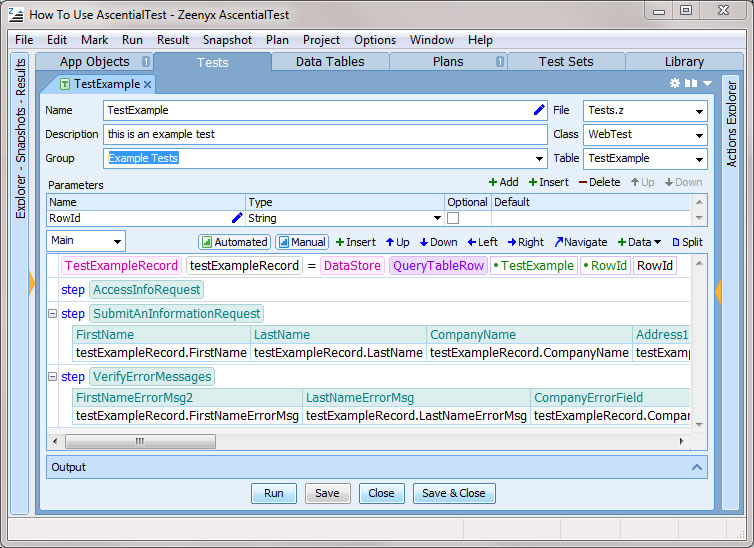 Assemble Steps by drag & drop to build Tests.
As your Steps library will grow, it will get even faster to create tests.
A key benefit of the Steps approach appears when the application evolves: with each new version, you only have to modify the Steps impacted by the changes.
All the tests using these steps will automatically be updated.
Not only will you save time and resources, but also you'll make sure your tests are always up-to-date when you need them.

Data tables are automatically generated by AscentialTest based on the expected test input.
AscentialTest tables offer significant advantages over spreadsheets, especially for maintaining test data: instead of simple strings, AscentialTest stores data in the required type for the tests, including complex lists and records.
Users can generate these tables from tests, or build them graphically using a dedicated editor.
Users just need to provide the data.


How it woks
Resources

Reduce the cost of software testing